This investment appears to be created circa 506k new ECF shareholders if the stats from one particular site suggesting $1,967 per investor in their offerings are in fact correct. Very different to the NZ story (see below). Intrastate ECF appears to have had a slow start and we will most certainly "be watching this space" as they say.

OTHER COUNTRIES ARE ALSO opening the door to non-accredited investors

Equity Crowdfunding is a new financial services sector phenomena that holds the promise of democratizing expansion phase capital for early stage companies on Main St today that will create the jobs of tomorrow. 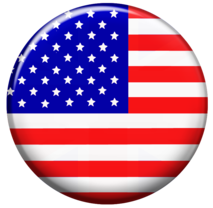 After all with a mountain backbone, we can handle any weight here in our onshore mountain digital economy hub. And to all of those non-US ECF private companies out there, CO is indeed your ideal "offshore" hub.

ONE COUNTRY LEADS THE WAY IN EQUITY CROWDFUNDING

(FOR THE ACCREDITED (PROFESSIONAL) INVESTOR).

The world's 37th largest economy with a GDP of  $304B PA, the country is recognized a digital economy leader.

NEW ZEALAND'S ECF laws kicked in circa mid 2014 and just over one year later, our findings show that a total of 38 companies have either entered the process or currently noted as being ready to launch. These companies were brought to market by 6 active Intermediary portals.The stats that have come out of NZ are interesting and may well serve as a bellwether for its much bigger brother, Australia where ECF laws are expected to come into play in late 2015. The stats at end August 2015 show that (1) a total of NZ$11.6M was targeted, (2) that NZ$14.6M was raised, (3) that 8 companies failed to make the cut (4) an average investment of NZ$4,076 was made by (5) a total of 4,072 investors. NZ is to be congratulated on the transparency of its launch year!

The powerhouse economy of Europe with the 4th largest GDP in the world.

AUSTRALIA, the worlds 12th largest economy by GDP, the launch of ECF in Australia is being keenly anticipated by many. What makes the AU launch all the more interesting is the potential impact of the countries $2T held in the superannuation sector/industry and what impact the SMSF (Self Managed Super Funds) will have on the ECF industry, taking into account the nearly $800B held in the SMSF sector of the financial services industry in AU. Current "market talk/speculation" is that AU will deliver between 6 and 10 times the value/volume of ECF business in its first year when compared to NZ.

Now this is how governments can help to stimulate small business expansion.

Rest assured, we are working on it?

The UK's ECF laws and system have won wide support since ECF started in the UK in 2013.

We are currently assembling the available, public domain data and information on the UK industry and will post same here shortly.

Current activity by the UK regulator shows a tightening up of the way in which UK Intermediaries are conducting their capital raising activities on non-sophisticated investors across the entire UK. An issue of increasing concern to the Regulator. 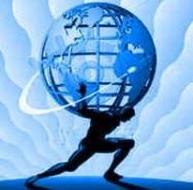 Title II Equity-Crowdfunding portals have proliferated in the US since the rules pertaining to Title II came into effect on September 23rd 2013. However only Rule 501 Qualifying Parties are permitted to invest. That is the nearly 9M Accredited Investors across the US. Our preliminary research indicates that the 20+ portals advertising investment offerings to the Rule 501 market have facilitated the entry of over $1B to date.