The people who own the Cooperative

The pilot Macadamia Seedling Pots (MSP) are now available on Herepara farm in Whanarua Bay in the eastern Bay of Plenty region of Aotearoa. A pic from the top of the hill from our neighbours macadamia orchard gives you great view of our nursery paradise setting. Our nursery will also include our permanent HoneyHut BeeVillages operations. With the arrival of Myrtle rust in NZ, bee bio-security is now of paramount importance. 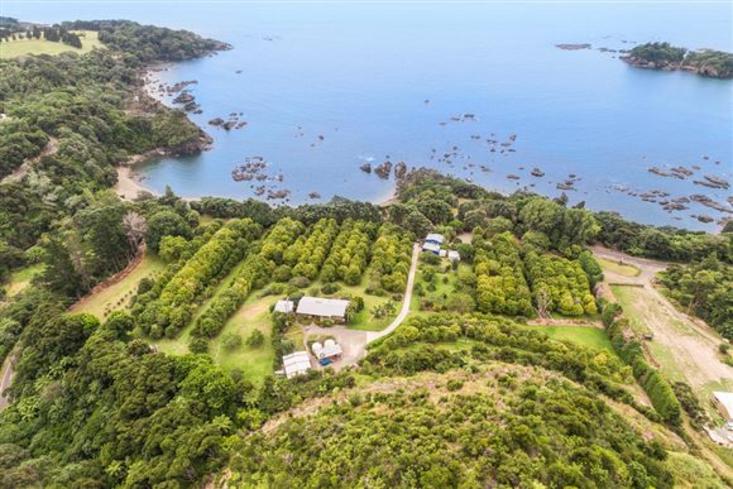 Yes, the best Macadamia growing country in Aotearoa is the Maori owned lands of the eastern Cape, Poverty Bay region of the country where many tracts of land are frost-free creating ideal macadamia growing conditions 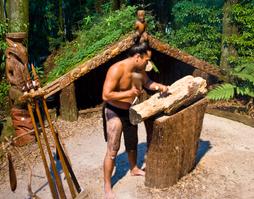 One where the land owner/growers own a vertically integrated cooperative

MEET THE TEAM THAT NEVER, EVER WEARS TIES OR JACKETS ON THE JOB 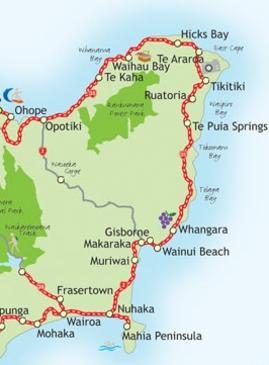 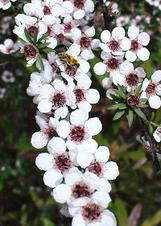 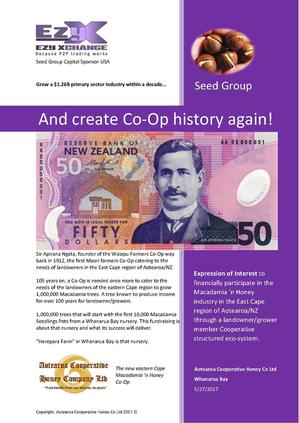 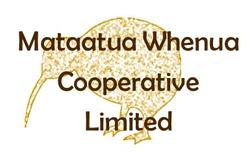 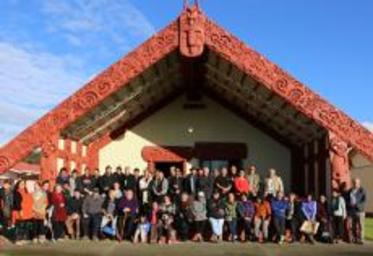 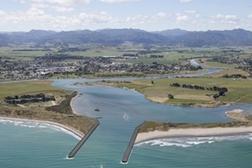 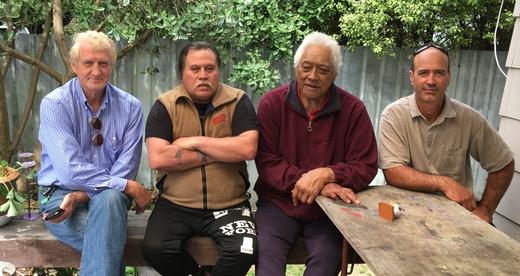 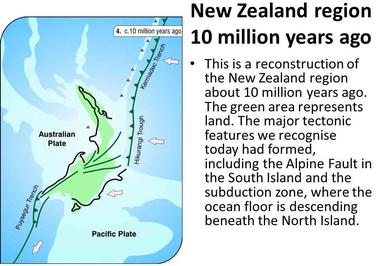 Negotiations are in progress for access to Maori Titled Lands for the expansion of the revenue sharing based, HoneyHuts and macadamia plantation programs on Maori Titled Lands in the eastern cape region of the North Island ("te-ika-a Maui") reported by SCION as being the best lands in the entire country to support high yielding multi-flora honey. These negotiations form part of a broad Maori based coalition steering committee formed at a recent Hui (meeting) held in the region at the east coast Marae pictured below.

A local businessman from the Te Kaha area,and the current sitting Opotiki District Councillor for the "Coast" electorate. Haki has always been a strong advocate of building Maori owned and operated business enterprises in the Te Kaha coastal region and together with  his fellow Councillors is helping to drive Opotiki forward as the foremast aquaculture and apiculture capital of Aotearoa (the Maori name for New Zealand). His electorate is home to some of the best Manuka bushland in the entire country. 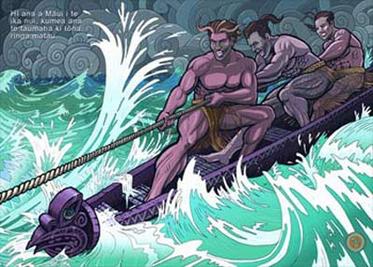 Although kiwi owned, we are incorporated in Colorado, USA, second only to Delaware for non US resident businesses to base in the US for access to the US markets. This is why Colorado was chosen as the offshore incorporation and investment hub for the US holding company, NZ Resource Taonga Corp. 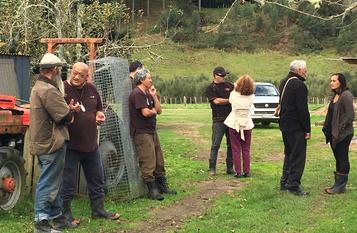 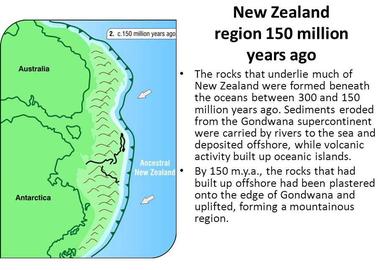 Linda is president of the HoneyHut members club, the club that all Macadamia Seedling Pots and HoneyHut owners will be members of. Benefits include 100 shares in the capital of the Co-Op once all of the membership conditions are complied with. 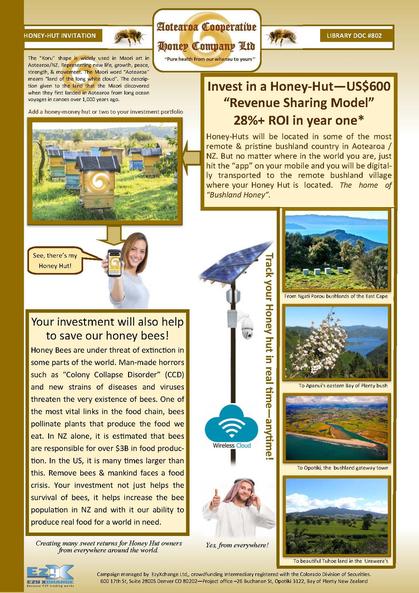 OUR MACADAMIA MSP PROJECT IS BASED ON revenue sharING

The abandoned colonial era church is planned to become the CRM art-gallery/entrance to the Honey-Castle cafe and retail store. 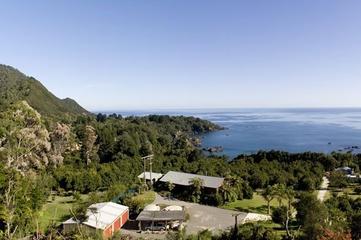 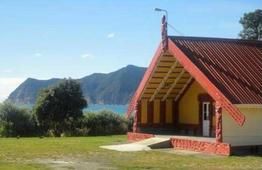 The three (3) red roof symbols are Te Upokorehe marae sites. The centre site is ideally located on SH2, the main highway through the east cape region of Aotearoa/NZ. 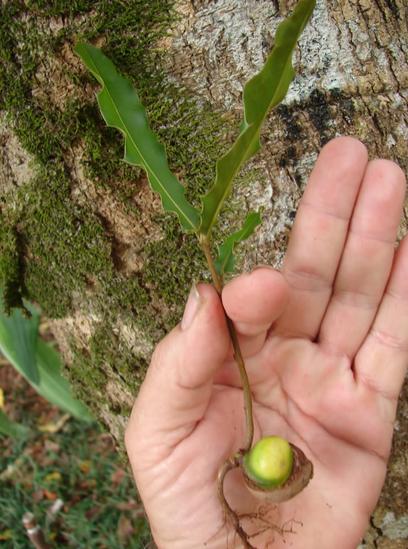 EZYX SUPPORTS DIY-CRM signature projects FROM AOTEAROA (nz) IN THE SME SECTOR OF FARM & bushland BASED FOOD RESOURCES WHERE REVENUE SHARING IS THE PARTICIPATION BASIS. one WHERE PROFITS BENEFIT ALL OF AOTEAROA WHANAU. NOT FUNNELLED TO FOREIGN LANDS

Why?  because thanks to P2P driven social media capital raising, Maori are now able to bypass the  gatekeepers who do not understand farming but do make capital raising an expensive and intimidating journey, making it ever more difficult for those entrepreneurs in the food resources sector to financially support great primary sector causes that so often find it hard to secure funding. Especially in NZ where a very thin and tightly controlled financial sector make capital raising a challenging journey at a time when too much natural resource is now foreign owned.

CRM - Cause Related Marketing on the ground requires excellence in Customer Relationship Management in the cloud. 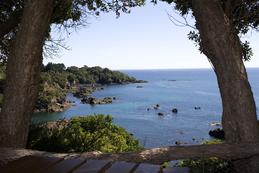 Auckland based Malcolm comes from South Africa where he worked closely with both the public and private sector in the development of capital raising and formation programs for rural communities. Malcolm is helping to develop the funding rounds required to support the macadamia nursery program. .

Ocean view from the orchard in Whanarua Bay 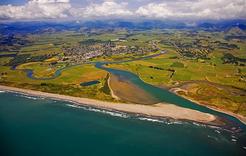 A uniquely NZ/Aotearoa history that has laid the seeds for the growth of eco-commercial enterprises that can now be shared with the world through a revenue sharing business model.

The incoming directors of the Aotearoa Cooperative Honey Co Ltd are currently assembling the launch management team for the two NZ incorporated operating subsidiary companies. Richard (above-Te Upokorehe Hapu)  has been appointed as the operations manager of the Aotearoa (NZ) based management company that manages the Honey Huts and Village Keeper program on behalf of the HH Owners & Landowner members of the  Cooperative (holding) company.

A satellite image of Ohiwa harbour, entry to the Waiotahi River Valley, the

ancestral home of the Te Upokorehe hapu and gateway to many square kilometres of suitable micro-nursery sites for macadamia growing and honey gathering. 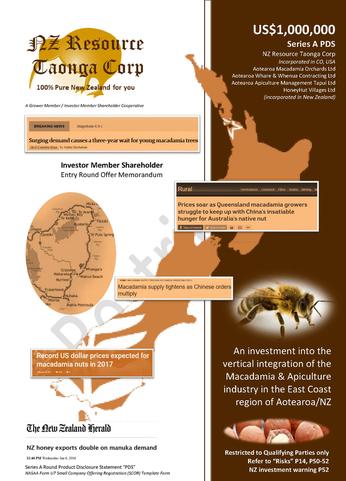 There are risks associated with investing in the primary sector of the economy. The apiculture industry is no different with risks ranging from Colony Collapse Disorder to viruses. Honey bees and the Apiculture industry does carry an investment with risk although ever improving bio-security measures in Aotearoa/NZ do help to mitigate these risks.

Respected tribal elder, Treaty of Waitangi Advisor and Kaumatua (Upokorehe Iwi) Toopi (Jim) Wikotu has been a driving force behind job creation and income creating opportunity for all  Maori landowners and whenua throughout the Bay of Plenty region. 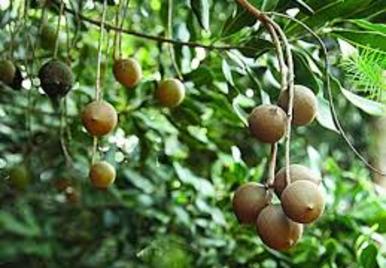 Nic, Rickson, Toopi and Wynand taking a break from one of their outdoor management "huis" - BTW, the favourite jacket is the good old camouflage jacket which never dates and suits most occasions in the bush.

From which over the centuries, many crafts, traditions, culture & knowledge of the land & sea grew to sustain life. 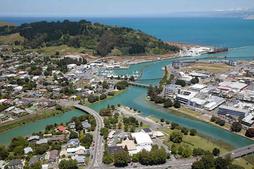 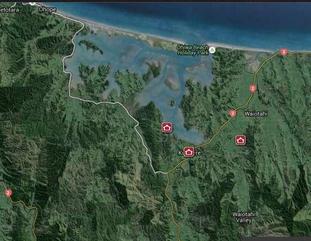 East Cape Pacific highway - A 350 kilometer drive around the best Manuka growing bushland in the whole of Aotearoa/NZ, rich in Maori culture & history. Start in Ohope, through Upokorehe rohe, into Opotiki, the "Triple A" rated capital, on to Te Kaha, Hicks Bay and Ruatoria and vast Manuka bushlands through to Gisborne, our Chardonnay capital. 100% pure. 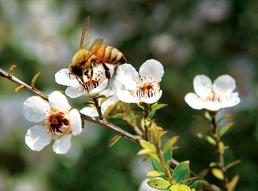 Opotiki,  a growing industry cluster hub as a major kiwifruit farming region, home to a multi-million dollar ocean farming, aquaculture project, an exciting new harbor facility (at an advanced planning stage), and gateway to the Manuka and emerging macadamia plantation lands of the eastern Bay of Plenty/East Cape region. A town where the Mayor and his Council  are actively planning support of Agriculture to drive job creation on Maori tribal lands as part of the rural community growth plan for the Opotiki District where over 60% of the population is Maori and whose area ancestry dates back over 1,000 years.

Home of some of the purest Leptospermum Scoparium (Manuka) bushlands in NZ and finest macadamia growing region in the Moana nation.

Research indicates that there are 92 Maori "IWI" (tribal groupings) in New Zealand Collectively these IWI control and/or own huge areas of New Zealand's native forest tracts, the home of a botanical species popularly referred to as "tea-tree" - the plant from which the highly popular Manuka honey is produced thanks to the efforts of the millions of bees that make the honey. Nowhere in NZ is access to Manuka greater than in the vast tracts of land controlled by New Zealand's original inhabitants, the Maori people. However current trends in the NZ Manuka honey industry reveal an alarming transfer of "control" passing to offshore entities. A trend that must be stopped by the Maori people by entering into sharing partnerships that see the entire production cycle vertically integrated with Maori interest in the entire production and distribution cycle ensuring direct economic benefit for all whanau of Aotearoa first and foremost.